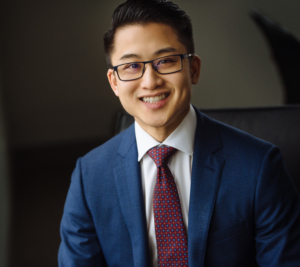 Upon completing the J.D. program at Thompson Rivers University’s Faculty of Law in 2015, Michael joined our team as an articled student. During his first and second year summers, Michael worked for the Ministry of Justice at Downtown Community Court and Johnson Doyle Sugarman in Vancouver, respectively, where he gained experience in litigation and criminal law. Michael worked with several of the most well-respected criminal lawyers in Vancouver.

In 2016, Michael was called to the Bar in British Columbia, at which time he joined Sorensen Smith as an associate.

Outside of work, Michael is an avid hockey fan and foodie. He enjoys spending time with his friends and family.